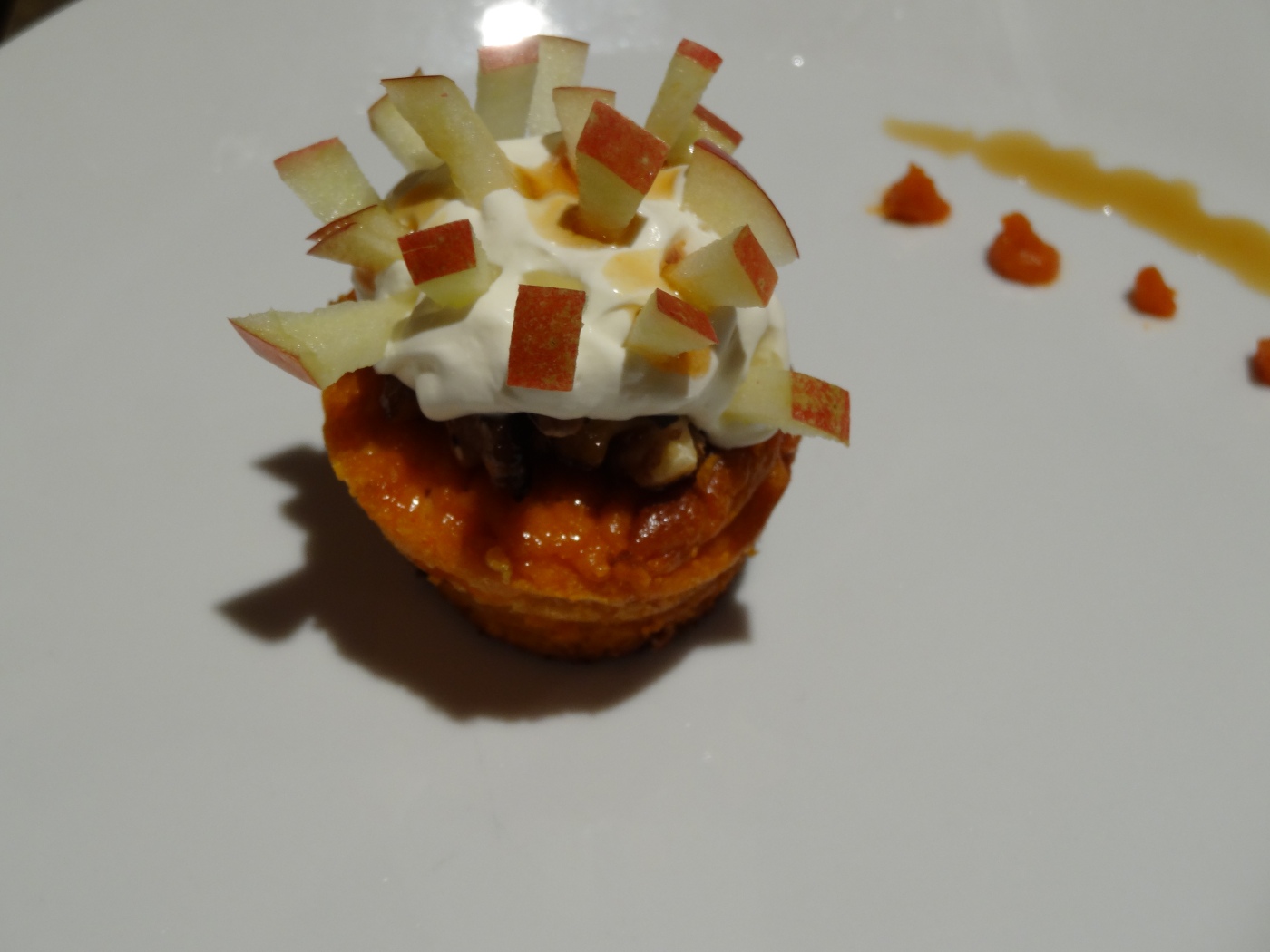 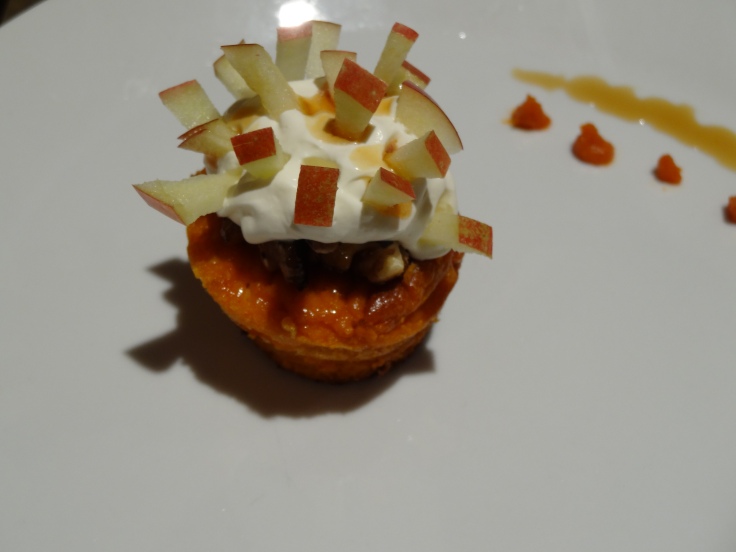 Today, it’s Thanksgiving for Americans. I wish all the Americans a great Thanksgiving.This special day is celebrated in Canada, Liberia, in Norfolk Island, and, obviously, in United States, but on different dates. Thanksgiving means action of grace. In the 17th century, it was a religious celebration, nowadays it’s no more religious. Companies are closed, families meet around à good dinner, usualy composed with stufled turkey with sauce or cranberry jelly, sweet potato mash, pecans or pumpkin pies…

To celebrate this special day, the American consulate in Toulouse has organized a cooking competition on monday 25th of November in « L’Atelier des Chefs » place in Toulouse, and chief Wiliam managed stewardship. I had the chance to be part of the competition’s jury. Traditional products to create a main dish and a dessert from a « suprise basket »: turkey, cranberries, sweet potatoes, pumpkins, carrots… To face this challenge, three chiefs: Ludovic, Christophe and Sandrine with, for each one, two kitchen commis, one American and one French.

On the jury’ side, we were four persons, and we were not disapointed, chiefs worthed the price and we enjoyed it very much. I am going to vive you the recipe of the dessert that has been created by a team following Christopher advice, a young American student who came to play kitchen commis role.

Christopher is from a small village of Pennsylvania, he studies sociology and ethnology in France since last August. In USA, he studied French and anthropology. He loves to cook. He has a bursary from the ambassy to study the influences of immigrated way of cooking on French cooking and influences of French Cuisine on other way of cooking. I can confirm that Christopher cooks very well.

He accepted to tell me how he realized his pumpkin cake, but without giving me proportions because he told me he realized it « at random ». So proportions are mine, but I have to say it fits what I tasted. A big thank you to Christopher.

Peel the pumpkin and cut it in quarters. Put them to Cook on the hoven plate during 45 minutes at 180° celcus. When the pumpkin is cooked, mash it in a blender. Beat two entier eggs and two yolks into an omelette. Add 50g of sour cream and the sugar to the omelette. Then, add 150g of the pumpkin mash. Fill the moulds and Cook them in hover during 25 minutes at 180° celcus. Remove from pans as soon as you take it of from the hoven.

I want to thank my daughter Margot for having translated this article!!!